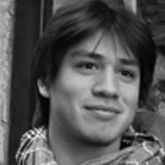 Objective: The goal of this paper is to study the feasibility of home-based online group training - under different group cohesion settings - and its effects on adherence and well-being among Russian older adults. We focus particularly on the technology usability and usage, and on the adherence to the training (in light of pre-measures of social support, enjoyment of physical activity and leg muscle strength). As a secondary objective we also explore the effects of the technology-supported intervention on subjective well-being and loneliness.

Methods: Two pilot trials were carried out exploring two different group cohesion settings (weak cohesion and strong cohesion) in the period 2015-2016, in Tomsk, Russian Federation. A total of 44 older adults (59-83 years old) participated in the two pilots, and followed a strength and balance training program (OTAGO) for eight weeks with the help of a tablet-based virtual gym application. Participants in each pilot were assigned to an Interaction condition, representing the online-group exercising, and an Individual condition, representing a home-based individual training. Both conditions featured persuasion strategies but differed in the ability to socialise and train together.

Results: Both Interaction and Individual group reported a high usability of the technology. Trainees showed a high level of technology acceptance and, particularly, a high score in intention to future use (4.2-5.0 on a 5-point Likert scale). Private messaging was more used than public messaging, and the strong cohesion condition resulted in more messages per user . Joint participations to training sessions (co-presence) was higher for the Social group with higher cohesion. The overall adherence to the training was of 74% (SD=27%). Higher levels of social support at baseline were associated with higher adherence in the low cohesion condition (F(1, 18)=5.23, p=.034), whereas in the high cohesion such association was not found. Overall improvement in the satisfaction with life score was observed between pre and post measures (F(1,31)=5.85, p=.022), but no decrease in loneliness.

Conclusions: Online group-exercising was proven feasible among healthy independently living older adults in Russia. The pilots suggest that a physical training performed in a virtual environment positively affect the life satisfaction of the trainees, but it does not provide support for a decrease in loneliness. High cohesion groups are preferable for group-exercising, especially to mitigate effects of low social support on adherence. Further research in motivating group interactions in training settings is needed.